Here we are back with the whether-or-not-to-buy series. Todayâ€™s topic is Googleâ€™s new Chromebook Pixel. This is the first ever touch-enabled Chromebook. We have already looked at Samsungâ€™s Google Chromebooks. Googleâ€™s Chromebook Pixel is the latest addition to the Chromebook line. We will check out the details of it here.

Google Chromebook Pixel has some awesome technical features. We have a comparison here with another Chromebook, Samsung Chromebook 550.

The Design of Chromebook Pixel

Chromebook Pixel is one of the best-looking laptops in the market today. It has those Google colors at the back and is built with anodized aluminum.

On the left side, you have the portsâ€”two USB 2.0, mini DisplayPort, SD card reader, etc.

The keyboard is backlit, so you can use it comfortably in darkness. 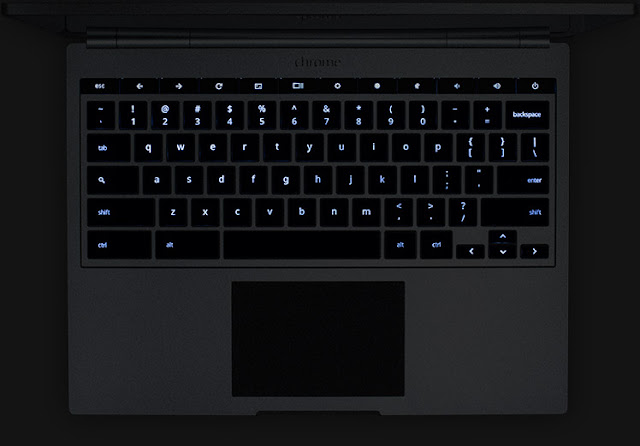 Most importantly, the laptop is touch-capable. You could say it is an advanced kind of tablet.

The technical specifications of the Chromebook Pixel do not awe in many respects. The display is one aspect in which the laptop wins. While 16:9 has been taken up as the prime aspect ratio among most of the devices, Chromebook Pixel comes with 3:2 aspect ratio, which is equivalent to 15:10. But the PPI ratio is the most important aspect of the laptop. It is high, even higher than the MacBook Pro with 227 ppi. However, you should note the fact that MacBook Pro is 13.3 inches, while Chromebook Pixel is 12.85 pixels. As per viewing distance reasoning, both these displays may be identical in clarity.

The performance of this laptop should not be a problem at all due to the presence of the third generation Intel Core i5 processor, which can turbo-boost up to 3 GHz. We went ahead and obtained a comparison between competing processorsâ€”Celeron 867 on Chromebook 550, Core i5-3210M on MacBook Pro, and Core i5-3317U on Microsoft Surface Pro. Here are the findings.

As you can see the MacBook Pro processor is better than Chromebook Pixelâ€™s. Surface Pro has a configuration pretty similar to Pixel’s. The Core i5 CPU that comes on Chromebook Pixel is the exact same on Apple MacBook Air 13 inch model.

The battery on Chromebook Pixel lasts only about 5 hours, which is quite similar to what is offered by Microsoft Surface Pro. MacBook Pro on the other hand promises about 7 hours.

Chromebook obviously runs Googleâ€™s own desktop operating systemâ€”Chrome OS, which is an up and coming competitor to Mac OS X and Windows. However, it is not a full-fledged operating system. If you read our previous article about Chromebooks (linked above), you probably have an idea about the operating system.

Those were the major advantages of Chrome. However, there are huge disadvantages that overshadow the operating system on the whole.

As you can see, Chrome OS has more disadvantages than advantages. You could easily get a better experience with full-fledged desktop operating systems by Apple or Microsoft. Chrome OS is not even regarded as a competition to Mac OS X and Windows. In Mobile World Congress, 2011, the then-CEO of Google, Eric Schmidt said:

Thereâ€™s a separate effort called Chrome OS, which is unrelated in the following sense. Chrome OS is, you take Chrome, and build a completely new operating system largely targeted at netbooks and PCs. So one way to understand the division right now is that if you are an Android user youâ€™re going to be on a touch device, and if youâ€™re on a Chrome OS user youâ€™re likely to be on a keyboard device. Weâ€™re working overtime to get those technologies merged in the right way. I learned a long time ago â€“ donâ€™t force technology to merge when itâ€™s not ready â€“ wait for the technology to mature so it can be merged.

Itâ€™s 2013, and still Google hasnâ€™t found a way to merge Android and Chrome OS in the right way.

The Price & the Truth

Would you like to guess the price of the laptop? It comes in two flavorsâ€”Wi-Fi & LTE. Wi-Fi version is priced at 1299 dollars

This is over 400 dollars more than Surface Pro, and doesnâ€™t even compare to the Samsung Chromebook 550 which retails for only 449 dollars. Other Chromebooks are also extremely cheapâ€”Acer C7 at $199

All in all, the price of Chromebook Pixel is very high and the hardware specifications don’t justify it. High PPI display is one of the features that cause such a large price tag, but that kind of a display is absolutely unnecessary in a laptop running Chrome OS, where we are less likely to run any graphics-intensive applications.

Chromebook Pixel also has certain other disadvantages. It has USB 2.0 ports, while all of the latest laptops come with USB 3.0 or ThunderBolt in Appleâ€™s case. Chromebook Pixel runs Chrome OS and does not need an expensive processor or RAM.

Although 1 TB of online storage with Google Drive is charming, it is only for three years, and afterward, you will have to pay to keep the files as per Google Drive rates ($49.99 per month for 1 TB).

The laptop has only 32 GB of storage and 64 GB in case of LTE version. This is pretty low indeed for a laptop sporting Intel Core i5 processor and 4 GB of RAM. Clearly, it is a marketing technique to lure customers into opting for Google Drive storage.

You might have got the gist of this review when we were pitching Chromebook against other laptops and tablets. We have also detailed the major disadvantages of the product. Chrome OS and Chromebooks are for basic use, for those who spend a lot of time on the Internet and on social networks, and for those who favor web apps.

It is not for the regular people who do most of their work on desktop software. Keeping that in mind, releasing a somewhat high-end laptop with an unreasonably hefty price tag is not something we like to see.

Google Chromebook Pixel may be a high performance machine, but Chrome OS is not the operating system that should be running on it. Hence, our recommendation is no. You neednâ€™t be excited about buying Chromebook Pixel unless you are really serious about Chrome OS.